Commemoration of the crash of the Spitfire MH980 near Suhorje

Seventy-seven years have passed since the crash of a British Spitfire MH980 fighter plane near the village of Suhorje, on the edge of Brkini, in which the life of a young pilot, British Royal Air Force Sergeant Edmund Ramsbotham, tragically ended just before the end of the war. 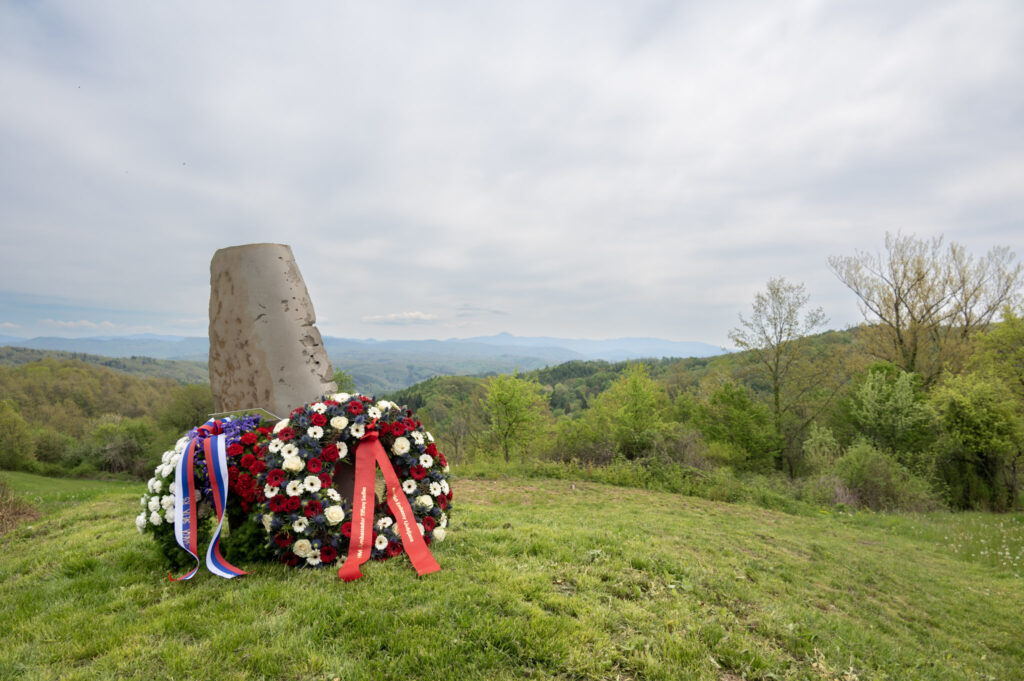 The barely 21-year-old pilot was a member of the 249th Squadron, one of Britain’s most famous Royal Air Force fighter units. The unit assisted the Yugoslav partisans in the final battles by stalking German transports on the road and rail. Sergeant Ramsbotham’s plane was most likely hit by debris during a low overflight when an ammunition truck exploded. The plane crashed near Suhor immediately afterward. The body of the young English pilot was buried with dignity in the village cemetery. Shortly after the war, the remains were excavated by the British military authorities and moved to the military cemetery in Belgrade, where he still rests today. Nevertheless, the memory of this tragic event in Suhorje has never completely faded. 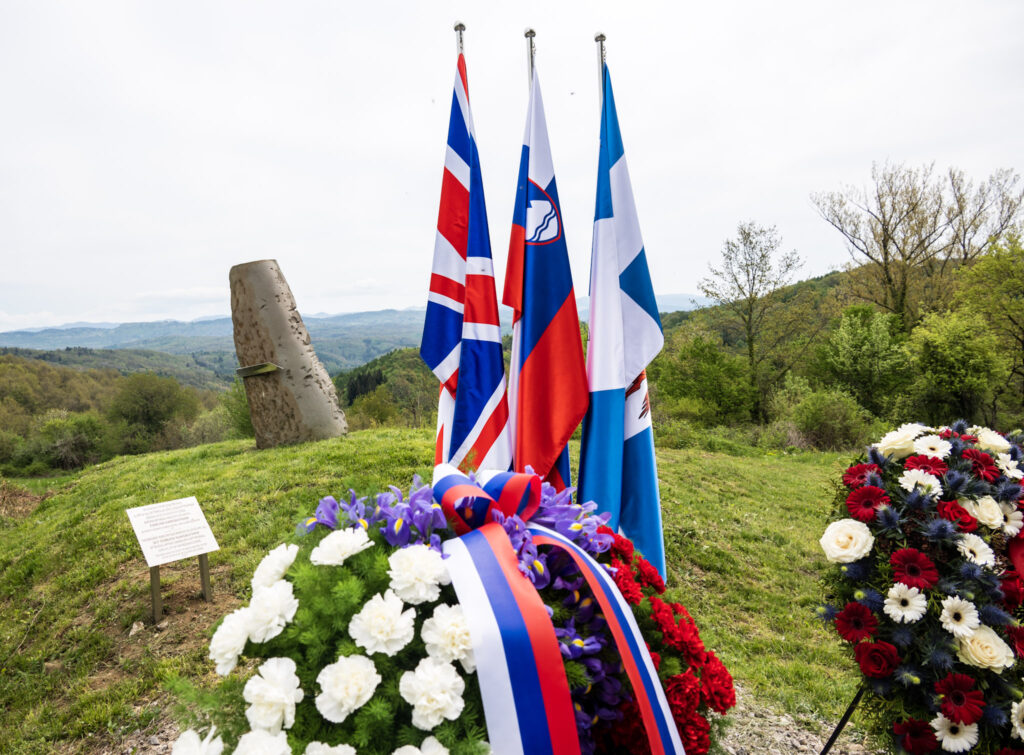 As the central military museum in the Republic of Slovenia, the Park of Military History has devoted an important part of its research efforts to studying Allied aircraft accidents in Slovenia.
On this year’s anniversary, the Park of Military History, in cooperation with the British Embassy in Slovenia, yesterday, on the 5th of May, prepared a short ceremony at the crash site near the village of Suhorje. According to the director of the Park, mag. Janko Boštjančič’s place of the unfortunate death of pilot Sergeant Edmund Ramsbotham has become an important symbolic place of remembrance for many Allied pilots who gave the most – their young lives, for a free Europe. He pointed out that the monument’s message is even more relevant today than when it was placed, as young boys and the elderly, women and children are dying again for a free Europe. The war in Ukraine also seems far away to us, and we often hear and read comments that the war does not concern us. But even Sergeant Ramsbotham did not know about Suhorje and where the Brkini lay, and it was here that he gave his life for a free Europe.

The core of the ceremony was the laying of wreaths. On behalf of the Republic of Slovenia, the wreath was laid by the President of the National Council, Mr. Alojz Kovšca, and on behalf of the United Kingdom, the Ambassador of the British Embassy to Slovenia, Her Exc. Tiffany Sadler. In her address, the Ambassador expressed her deep gratitude to the Park of Military History for erecting the monument and stressed that today’s event is also a great tribute to the Slovenian-British Alliance. Today, the alliance is as strong as it was 77 years ago, also in the wake of the struggle for a free and sovereign Ukraine. 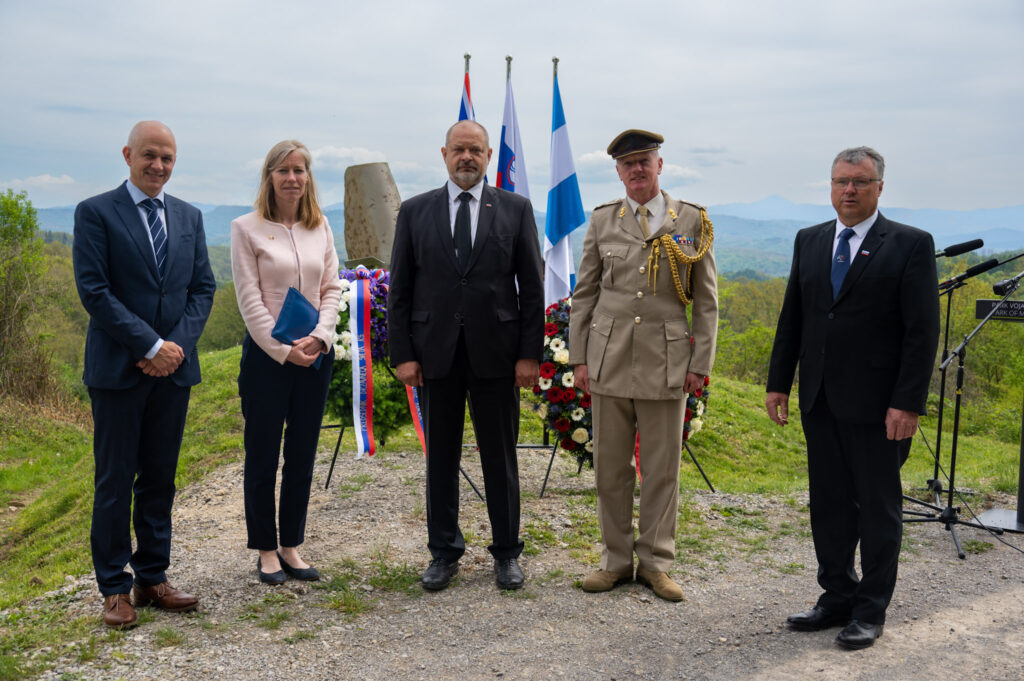 The President of the National Council of the Republic of Slovenia, Mr. Alojz Kovšca, stated that as a community, based on a common threat from the past, we have built strong solidarity with nations that must fight for peace and freedom even today. He concluded his address with the thought: “May the memory of all those who laid their life on Slovenian soil in the fight for freedom never die.” An additional element to the ceremony was the joint performance of the brass quintet of the British Military Orchestra Colchester and the brass quintet of the Slovenian Army Orchestra.